I’m doing a lot of writing at Mile High Sports and you can check out the latest here: https://milehighsports.com/chasing-l-a-a-rockies-fans-anger-at-the-dodgers-championship/

And here’s a link to past and recent columns: https://milehighsports.com/author/johnreidy/

Ripped from the headlines. A Karen went berserk today. She ordered Red Lobster but didn’t get her Walter’s Favorite Shrimp and she went absolutely ape shit. There was no mention about the biscuits. She was pushed out of the store while she demanded a refund but everything you needed to know about her was revealed in every screeching demand. Her amazing narcissism, coupled with her unquenchable thirst for being right, was too much for the employees there to handle. She will be remembered about every 6 months when someone there says “do you remember that awful cunt?”

Mark met God when he died and after some pleasantries, Mark asked “So what’s up with the cock and balls?”

“What do you mean?” God asked.

“I mean like, sperm comes out of the balls and there’s like a separate part where the pee comes out? Why not make them do the same thing?”

“Mark, my son. Do you really think if you drank 10 Hamms your balls would be able to handle that much liquid?” God asked.

“You’re goddamned right. Now leave the design to the experts. You were an accountant for fuck’s sake.”

Not to be confused with a micro penis, micro fiction is writing a 100 word story which is much harder than it seems. But since my brainwaves have been re-wired to be as short attention span as possible, it really works for me. Here’s the first two I wrote:

There was a secret machine kept behind a locked door that was keeping everyone sane and not stupid. The only people who knew about it are long dead. In the building it was in, a kid was using a power washer in the lobby while someone used a microwave and they tripped the breaker that powered it.

The machine turned off and everyone got really dumb and irrational but we didn’t notice until much later. “Have we always been this dumb?” Yes. But that machine kept the stupid cornered like a mystical dragon laboring to keep the sun from rising.

I kept seeing sidewalk chalk art reading “Mahmodahn is coming” with a crude picture of a monster breathing fire next to it. I would see it in my neighborhood as we went to the park for quarantine walks, and I would see it downtown when I was walking from building to building. Every time the same, the only difference was the color of chalk. But incredibly, they were everywhere. Well, they were right. Mahmodahn did come and we now live in our basements and only go out at night because he doesn’t see very well. Merry Christmas.

Every so often I check out my site and think “I should do more on this thing.” Today was that day. I updated a few settings changed a picture around and thought “I should write more…hell, I should post a podcast to this!” All grand plans.

I’ve been doing a sports podcast, The South Stands Denver Fancast for nearly 10 years. I have dabbled in doing my own show that veered away from sports, but as usual, other commitments and lack of time, kept me from doing it consistently.

I had this idea to post thoughts as “Too Long for Twitter” since I spend most of my time writing hilarious missives on there. In fact, Twitter has probably ruined my zest for writing as you can type a quick quip, send it out to the world and be happy you got your brief point across.

But “Too Long for Twitter” can be something where instead of giving a confusing, half hearted synopsis on say, your beliefs on immigration, that someone will take out of context and be angry in your mentions for half a day, you can at least take the time to explain yourself.

I said recently (on Twitter) that I had plenty of dumb things to say that wouldn’t go over well on Twitter without the proper context, and I just kept those to myself because you end up just looking like an asshole when you can’t properly explain yourself in the now 280 character limit.

But now, maybe I can expand on those dumb ideas with this resource. Who knows. I just wanted to make sure I still had a website and here I am, wheels turning, ready to take on a new venture.

So here’s this picture for now: 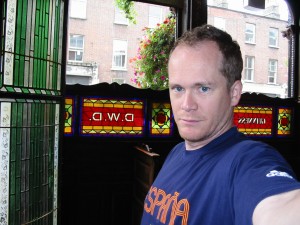